Since 2012, Sheffield City Council and contractor Amey have cut down around 5,500 of the city’s trees as part of a road improvement programme, under a PFI deal worth billions. Activists have faced wrongful arrests for peaceful protests against the felling – and calls for an independent inquiry into the affair are growing. Campaigner Alan Story explores the possibility of a grassroots people’s tribunal to hold those in power to account.

It is hardly unexpected news: there has been yet another demand for an independent inquiry into the six-year-long Sheffield chainsaw massacre.

The latest call came on 4 February after seven tree campaigners – who had all been unlawfully detained while trying to prevent the felling of healthy street trees – announced that South Yorkshire Police (SYP) had just paid them a total of £24,300 in a settlement over their wrongful arrests. The arrests and detentions occurred in November 2016 and February 2017.

Six other wrongful arrest claims remain outstanding. In another related case, Green Party councillor and tree campaigner Alison Teal earlier faced a prison term, accused of breaching an injunction to keep her and other protesters away from trees soon to be felled, until the evidence against her was dismissed at trial.

Under a 25-year private finance initiative (PFI) scheme launched in 2012, Labour-controlled Sheffield City Council (SCC) and the Spanish-owned contractor Amey plc made plans to cut down 17,500 mostly healthy street trees. That’s half of Sheffield’s total street trees. Before campaigners forced a felling pause in March 2018, which continues to this day, almost 5,500 had been chain-sawed.

This week's payouts have not quelled widespread anger over this reckless environment vandalism, which has gained international notoriety for Sheffield in newspapers such as The New York Times.

However, “actually getting an inquiry is extremely difficult,” said Paul Brooke, chair of the Sheffield Tree Action Groups (STAG) at Monday’s press conference, when the payouts were announced.

Difficult indeed. The last thing the local power structure wants is someone or some agency to shine a truth-seeking torch into the sawdust-filled crevices of this confidential £1.95 billion PFI contract that has brought such conflict and destruction to South Yorkshire. SCC said again at its 6 February council meeting that it was ‘not minded’ to call an inquiry because it would be 'a distraction'.

So does this mean we will never get to find out how Sheffield got into this mess? Or never figure out how to learn its lessons? The argument made here is: if the existing power structure, local or national, refuses to set up an inquiry, establish your own. 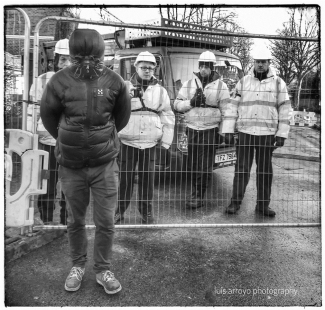 Creating grassroots or people’s tribunals has proven to be very effective elsewhere. Perhaps the best known recent one was held in Washington, DC over a weekend in December 2016.  Called the ‘People's Tribunal on the Iraq War’, it was established by a group of US anti-war activists after successive US administrations refused to hold a critical examination of the 2003-2011 Iraq War.

This grassroots tribunal was streamed online and featured in-person testimony as well as witness statements that came in from around the world via pre-recorded videos and live Skype calls. Among the better-known people testifying were Jeremy Corbyn and Noam Chomsky. The audience was global over the two days, and the testimonies are still watched today.

This live streaming model could be adapted (and has been elsewhere) to meet local conditions and to expose particular issues that the local elite – whether political, corporate, legal or all three – want to keep buried. And setting up people’s tribunals does not preclude the later establishment of a public inquiry. In fact, if done well, they can increase the pressure for a follow-up legal inquiry.

Such ‘bottom up’ tribunals are far cheaper for campaigners than hiring lawyers for often lengthy government inquiries. They take advantage of the communication possibilities of these digital times. Whistleblowers, anonymous or named, might agree to testify. And campaigners, rather than system-maintaining politicians, can lay down the terms of reference.

Many questions to answer

In Sheffield, the terms of a people’s inquiry would need to be quite wide because, as a popular 2018 NO STUMP CITY leaflet was headlined, ‘It’s About More Than Trees’. Among many unanswered questions and allegations:

No fair-minded observer would call any of these matters a mere ‘distraction’. They stem from a 2012-2037 outsourcing regime that has essentially privatised our streets and pavements.  But they are definitely not questions the local Labour-controlled council wants to have answered, either now or ever. Its leaders are fully aware that a hard-nosed public inquiry could potentially sweep them from power for a generation. 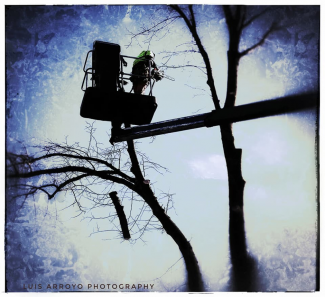 But putting off and putting off again and again the establishment of public inquiries, especially in cases where the role of the police has been pivotal, is a practiced political art not only in South Yorkshire but elsewhere in the UK.

Take the staggering injustice of the 1984 ‘Battle of Orgreave’, which occurred less than 10 miles from Sheffield. Actually a rout rather than a battle, ‘Orgreave’ broke out at the height of the well-known national miners’ strike; it involved dozens of mounted police officers and others in riot gear, including shields, charging into fleeing miners and assaulting them with truncheons.

Naked class and state power were on full display. A total of 95 miners were arrested and 55 of them were charged with ‘riot’ which then carried a potential life sentence. It was, however, all a sickening Thatcher-era sham. In time, all of the charges were dropped when it was revealed that many of the police witnesses “had had large parts of their statements dictated to them" and that their court testimony was filled with lies.

Yet there has never been a public calling-to-account. More than 30 years later and starting with Theresa May, three Tory Home Secretaries in a row have ignored continuing calls to establish a public inquiry over ‘Orgreave’. Today, a significant number of ex-miners who could have testified at any Orgreave inquiry are already dead. Their evidence will never be heard 35 years later.

Official inquiries can be cover-ups

Even when official inquiries are held, they often serve as cover-ups for serious official malfeasance. This is a consequence that is avoided by having a grassroots inquiry. For example, the initial 1972 judge-led tribunal into the Bloody Sunday massacre in Northern Ireland (in which 14 unarmed protestors were gunned down by the British Army) supported the Army’s version of events. And it took more than 20 years for there to be a serious investigation into the 96 fatalities of Liverpool FC supporters during a ‘human crush’ at a 1989 football match at Sheffield’s Hillsborough stadium.

Three initial reports and inquests shamelessly blamed the alleged drunkenness and hooliganism of Liverpool supporters for their own deaths at Hillsborough. The fatalities were supposedly ‘accidental’. A 1997 judge-led inquiry agreed and concluded no further investigations were needed. Jack Straw, Labour’s Home Secretary at the time, concurred.

Thanks to the awe-inspiring persistence of the families of Hillsborough victims, the full horror of Hillsborough did finally start to become part of public record in 2012 and 2016. One criminal trial of a former chief SYP superintendent is before the courts today. 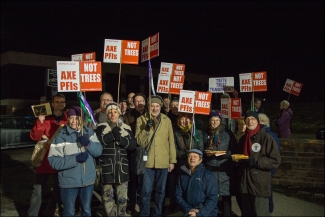 The moral of these tales? Passivity in the face of such injustices and allowing those with class power ‘to sort things out’ – or more likely, just let things fester – is proving to be a losing strategy across the UK. Deference simply doesn’t work.

And while people’s tribunals have a potential role in various contexts, they do have limitations. Potential witnesses cannot be subpoenaed and then tested by cross-examination. Those conducting a people’s tribunal cannot compel the disclosure of relevant documents.

Mind you, the so-called ‘empty chairing’ of the head of a local council or a multinational corporation – and then reading aloud questions before rolling cameras that these absent officials are not there to answer – can prove to be embarrassing drama.

People’s tribunals may not be official – but these days, with Brexit shining a less-than-positive light on our leaders, there is a lot to be said for acting ‘unofficially.’

Alan Story is a Sheffield tree campaigner and a member of AMEY OUT, which is working towards winding up Sheffield’s PFI deal. 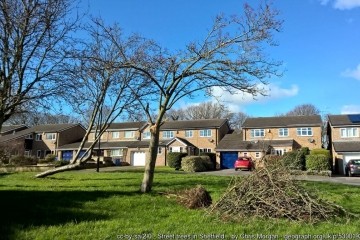 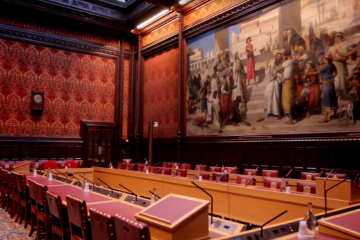 A year on: Natalie Bennett in the House of Lords 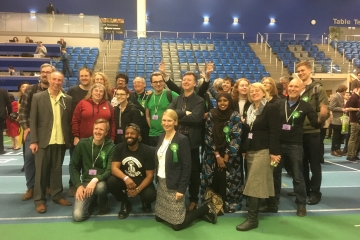 Power or principle: a false dichotomy? 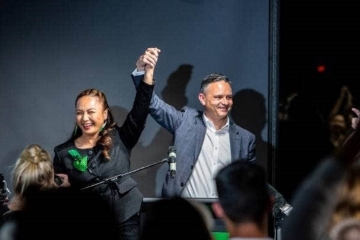 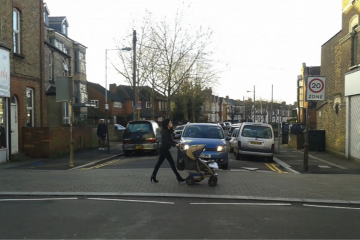 Lords must reject the Internal Market Bill to protect constitution 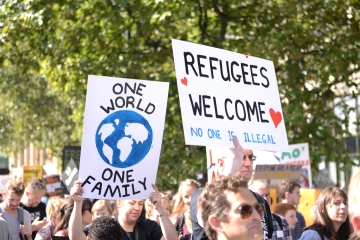 Why are migrants coming to the UK?
Disqus