The human cost of Europe’s hostility towards migrants

“Asylum seekers and refugees are already some of the most vulnerable people in our society. With Europe now the epicentre of the virus, it is vital that we now pull together to take care of every individual who lives here – no matter what their background, and no matter what their immigration status.” Luna Williams, Political Correspondent for the Immigration Advice Service, discusses the new challenges for Europe’s migrant communities in the light of the coronavirus crisis.

An image of a Syrian refugee

Right now, humanity is poised at a precipice, gripped in an unprecedented and unparalleled situation.

As countries around Europe – and across the world – work to tackle the Covid-19 pandemic by restricting the movement of people and closing their borders, citizens are unanimously battening down the hatches in hopes of waiting out the storm. Uncertainty has become the norm.

In the UK at least, doubt has been cast over almost every part of our daily lives. Many of us are gravely concerned about the immediate health and wellbeing of ourselves, our loved ones, and the general public. Equally, people across the country are unsure of whether their businesses, careers and jobs can survive if lockdown measures are to continue. Even shopping has changed, with panic-buying wiping various staple products off supermarket shelves.

In the midst of all this, it is often easy to forget about other crises that are still happening around the world – those that have now effectively been bolstered by this one.

The ‘refugee crisis’ has been rapidly growing since around 2010, where ongoing and increasing conflicts in Asia, Africa and the Middle East have forced hundreds of thousands of individuals to flee their homes and seek safety in Europe every year. Since 2011, roughly 3.5 million migrants are estimated to have travelled to EU countries to set up new lives. While some of this number have been ‘economic migrants’, who have not been forced but instead opted to emigrate from their home countries, it is believed that a significant portion have been asylum seekers – an estimated 600,000 people made asylum claims in Europe in 2019 alone.

As they continue their fight to claim asylum, a system fraught with hurdles, these communities are faced with even more obstacles to grapple with in the midst of this outbreak. Lack of access to adequate healthcare, hygiene products, shower facilities and close and cramped living conditions puts these communities at a further risk of infection as they are less able to protect themselves and their families in line with self-isolation and social distancing practices.

The majority of Europe-based asylum seekers are initially housed in makeshift camps while they await the outcome of their claims. Greece’s Moria camp is perhaps the most infamous. Now home to over 13,000 people, an estimated 1,000 of which are lone children, Moria stands as the finish line for many hopeful asylum seekers who have made the perilous journey across the Mediterranean. According to UN findings, the Moria camp currently operates at seven times its capacity. In practice, this means that residents’ access to healthcare and basic essentials, like clothing, food, and shower/toilet facilities is limited at best; at worst, it’s non-existent.

Conditions in Moria – as well as other camps across the Aegean islands – have reached a new high in terms of overcrowding. By the end of 2019, there were 900 residents per shower unit in Lesvos’ Moria, and international guidelines on the use of shared toilet facilities, which stipulate a maximum of 20 people per toilet, were severely breached, with each toilet being shared by 160 people. As well as this, sleeping conditions are cramped, with tens of people crowding into leaking tents and huddling together for warmth.

“There are never enough doctors and nurses to meet the needs of everyone,” Olivia Long, a representative and volunteer at Help Refugees, tells me.

“Many people who have been travelling for months bring with them their own, specific illnesses and vulnerabilities, and the dire, cramped living conditions in camps only serve to compound these issues. An outbreak of COVID-19 in this environment would be deadly and unstoppable.”

While the UK does not host its migrant population in camps, those who manage to cross the channel or fly into the UK to seek safety are also at an extremely high risk of becoming ill and not receiving adequate care. Undocumented migrants and asylum seekers alike can be detained indefinitely in the UK, where access to healthcare is severely lacking. Investigations have revealed several cases involving detainees being left for hours, days and even weeks without urgent and essential care.

The situation is not much better for those living in the community. Those seeking asylum still fall prey to remnants of the 2012 hostile environment policy, which was in place for most of this decade and worked to make the UK so unwelcoming for undocumented people that they would “leave voluntarily”. Amongst others, one of the devices of this policy was to have NHS trusts and doctors act as unofficial border officers, refusing their services and reporting people to immigration powers if they could not produce the correct immigration documents. As a result, many migrant communities across the UK are especially vulnerable without essential healthcare – something that is again gravely concerning in light of this pandemic.

Asylum seekers and refugees are already some of the most vulnerable people in our society. With Europe now the epicentre of the virus, it is vital that we now pull together to take care of every individual who lives here – no matter what their background, and no matter what their immigration status.

Luna Williams is Political Correspondent for the Immigration Advice Service, an organisation of immigration lawyers based in the UK and Ireland. 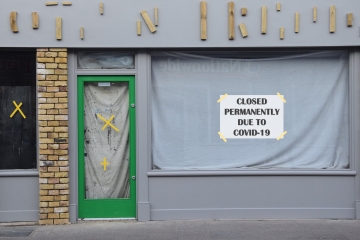 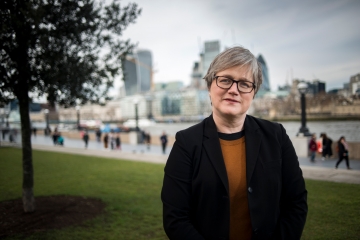 What does “not going back” mean for how we get around?

A patented Covid-19 vaccine could price out millions

No going back: Rebuilding a post-coronavirus world
Disqus