“You can engage so many more people through creativity than you ever will through mainstream politics. And now is the time to work more with that idea.” Green World talks to Green Councillor Cleo Lake, former Lord Mayor of Bristol and creative artist, about encouraging engagement for all in politics through the vital tool of the arts.

Growing up, Cleo Lake had seen first hand the racial divides within Bristol. Whilst the 2017 Runnymede Trust report on racial inequalities, ‘Bristol: a city divided?' came as “no surprise” to her, it was nevertheless “painful” to hear.

Whilst having always tried to “change the system, try to support people and speak out”, she had never considered joining a political party. Yet, in 2015 she became a Green Party member. From here, she was elected to the Bristol City Council as councillor for the Cotham ward in 2016, which in turn led her to chair a new committee on Avon Fire Authority, putting “diversity, inclusion, cohesion and equalities on the agenda.”

Becoming Lord Mayor of Bristol in 2018, Lake refused for the position to become a “gagging order” and sought to maintain her personal views and identity as a creative artist alongside the role. Aside from encouraging members of the public to get involved with the full council of which she was Chair, she was also keen to meet all sections of Bristol’s community, whilst seeking to address the historic inequalities embedded into Bristol’s narrative.

What role do the arts have in politics?

You can engage so many more people through creativity than you ever will through mainstream politics. And now is the time to work more with that idea.

It was a great honor to open up the Green Party National Conference at City Hall during my time as Lord Mayor. Equally, later on that night I came back and did a dance workshop. My dance work is about being able to express things that you can’t articulate through words. It's also a way of connecting and being able to throw off the stresses and tension of every day matters and actually get down to know that we're humans.

The arts can reach people on another level. We're a creative city in Bristol. Musicians can reach far more people than anyone at City Hall can.

The arts can demystify a lot of the jargon for starters. In our green group discussion, we reflected on the term ‘clean air’ or ‘clean air zone’, that might sound too scientific for some people. We can't presume what people know and what people don't know. But a lot of people know more than they think.

It would be fantastic if for every full council the City Poet in Bristol was able to create a poem on whatever motion is coming through, another way of making sense of all that information so that people don't get information overload. This is what it could be about, not our lives reduced to a couple of reports in a really overwhelming document that is not accessible for most people.

What barriers are there to BAME communities in contributing to discussions on green issues?

I think a lot of barriers probably come more with, in some cases, people's personal economic situation. People are having conversations about certain things in their home, in the pub, on the street corner. Just because these conversations aren't in a forum or aren't documented doesn't mean they're not happening. Whilst some want to be visible and be heard, other people are just getting on with their lives and having talks about what they talk about. So it depends what we mean by engagement.

There was a project that came out recently called The Climate Reframe. It was an amazing piece of work put together by two women of colour. They did a lot of research and published the names of activists across the UK People of Colour involved in politics, arts, education, science, etc.

Seeing that extensive list, can encourage other people from communities to think, wow, there are a lot of people like me out there doing this, and then get involved.

The Covid-19 pandemic has created huge challenges for every section of society. Does the £160 million funding from the Arts Council for the creative industry go far enough?

It’s always a struggle getting enough funding. The arts can be something that is marginalised but should be something seen as very vital. It’s very good that the Arts Council tried to step up to the challenge, they did respond quickly and tried to make the best out of a bad situation. It’s frustrating for people who were part way through building a funding application though.

At Black Artists On The Move, we’d held surgeries guiding people through the process, giving access support to black artists who would never even have considered applying for a grant, but are more than qualified for one.

Bristol is a creative city and we need to make sure that keeps going not just for the economy's sake but for wellbeing – for happiness. Artists are driven and many are delivering things for free at the moment. Whilst it’s good that the Arts Council was quick to respond, there is a lot of uncertainty and possibly really hard times ahead.

What scope is there for creative outlets for kids during the Covid-19 lockdown?

I have one child still at home at school age. We're lucky because we're not digitally excluded, like so many people that have kids, and we can get online. We can utilize things like BBC Bitesize or other different apps that will educate him and help him to be a rounded person. Even downloading a plant recognition app can get kids out in the garden with the phone. However, it is a different time for all of us and we shouldn't put too much expectation on them.

I know that the Creative Youth Network has distributed tablets to 70 of the most vulnerable young people. However, some people are going to slip through the net, some children are going to go backwards. And it will be an inequality issue.

I’ve wanted for some time to set up a supplementary school. Last year, we piloted a supplementary school  ‘School of IE’ (School of Indigeneous Excellence) during my time as Lord Mayor; one event was the Gorge and Downs Wildlife Project where they got to do a load of activities. I'm thinking now is a good time to try and launch a supplementary school online. It would encourage reading – when you listen to different experts on education they say if you can just commit to reading that will do a lot of good for young people.

Finally, who is your Green Hero?

A British activist and academic with a Carribean background called Esther Stanford Xosei, a leader of the holistic reparations movement. What I love is that she is always passionate and keen to put ecocide in the things that need to be repaired; so, for that reason, she is one of my heroines! 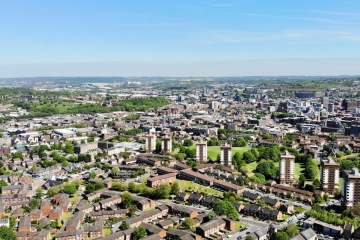 Neonicotinoids in a post-Brexit UK 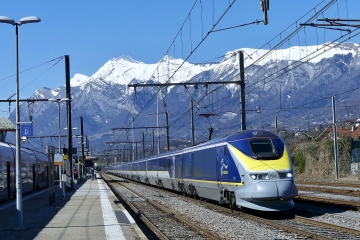 The importance of saving Eurostar
Disqus